5 Off the Beaten Track Natural Attractions You Have To Visit

With an abundance of beautiful natural environments around us, we are more than spoilt for choice.  However, as word spreads tourist numbers rise and in turn they become popular destinations.  There are still plenty of natural attractions which are off the beaten track and therefore have minimal tourists.  Check out below 5  natural attractions we think you have to visit. 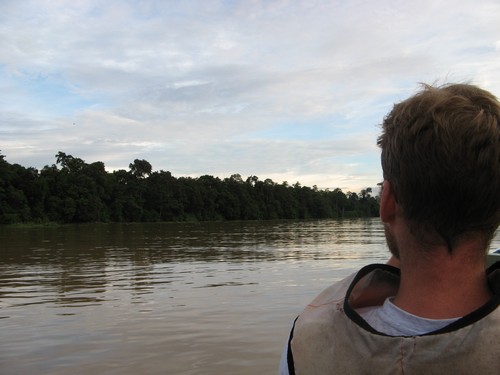 Stretching over 560 kilometres of winding waterways, from the Crocker Range in south west Sabah to the Sulu Sea in south east Sandakan, is the Kinabangtan River.  The river passes through a diverse range of ecosystems including, limestone caves, dryland dipterocarp forests, riverine forests, freshwater swamp forests, oxbow lakes and salty mangrove swamps.  The rich mix of vegetation supports a remarkable variety of wildlife and is the only place in Sabah that you can find ten primates; Orangutan, Borneo Gibbon, Long-Tailed and Short-Tailed Macaque and three kinds of  Leaf Monkey; Western Tarsier, Slow Loris and the Proboscis Monkey. You can also find here eight different species of hornbill, herds of pygmy elephants, crocodiles, freshwater sharks, Irrawaddy dolphins, wild boar and if you are really lucky, perhaps a clouded leopard.  The river is not only Sabah’s longest but has also gained an international reputation as one of the top wildlife watching destinations in Southeast Asia. 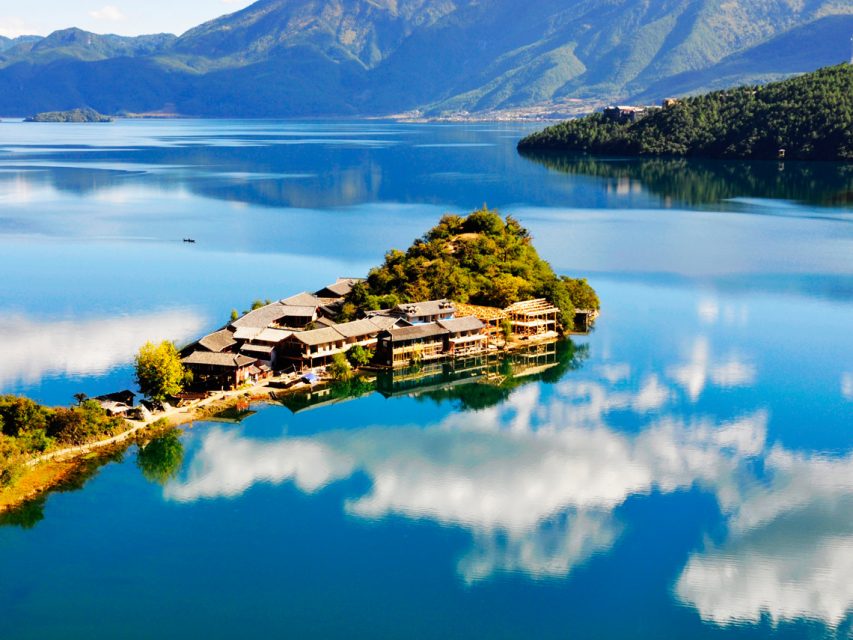 Boarded between Sichuan and Yunnan provinces is the pristine, mirror like Lugu Lake.  The horseshoe shaped lake is surrounded by mountains and has 5 islands, 4 peninsulas, 14 bays, 17 beaches and a sea-wall within its shoreline.  The total area covers approximately 50 square metres with an average water depth of 45 metres and transparency of 11 metres.  At 2690 kilometres above sea level, it is the highest lake in the Yunnan province and is also known as ‘the kingdom of women’.  The surroundings are untouched by humans and customs remain the same as they did many generations ago.  The nationality still has an unusual marriage tradition including the custom of ‘walking marriage’.  There are many ethnic groups and ancient villages encompassing the lake including the Mosuo people.  The Mosuo people are seen worshipping Lion Mountain as they believe it is the goddess Gammo.  One of the best ways to explore the lake is by wooden boat where you can discover the temple located on one of the 5 islands. 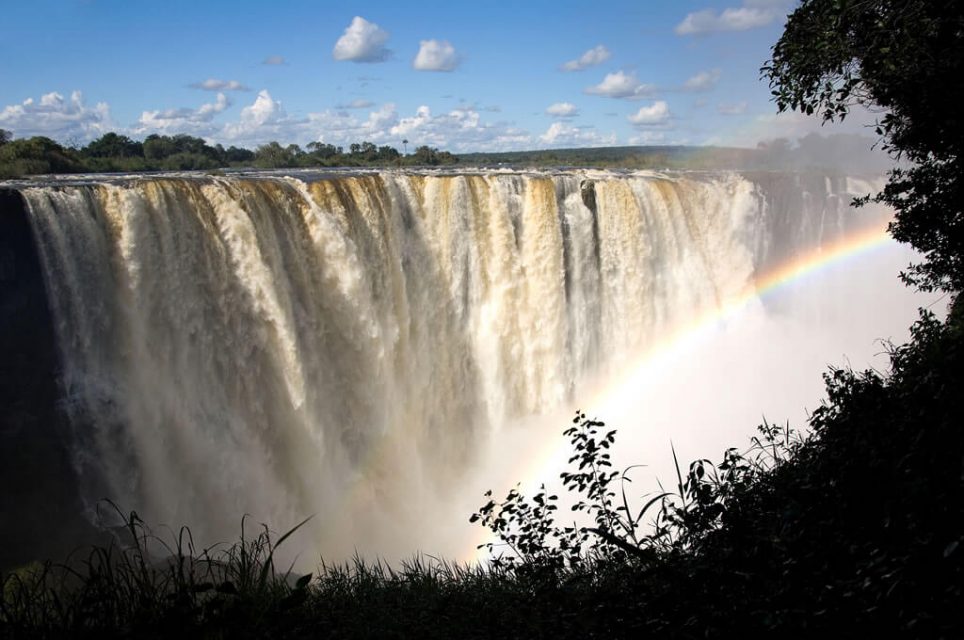 Surpassing the magnificent Niagara Falls and Iguacu Falls, Victoria Falls (also known as ‘Mosi oa-Tunya’ (‘The Smoke That Thunders’)),  is one of the world’s 7 natural wonders and is most definitely somewhere you have to visit.  Guaranteed to leave you in awe, the largest curtain of falling water is approximately 1700m wide and is made up of five ‘falls’.  Four of these are located in Zimbabwe; The Devil’s Cataract, Main Falls, Rainbow Falls and Horseshoe Falls and the last one, the Eastern Cataract located in Zambia.  The falls are situated exactly halfway down the Zambezi River which gently meanders through the African landscape. The heights of the falls vary from 70m (233ft) to 108m (360ft).  The area holds a lot of history, both geological and scientific.  Due to the constant pounding currents of the Zambezi river, the formation of the falls has changed; rock faults and fissures have be cut through and eight precipices have been shaped (the ninth is now begun) which illustrates the ever changing landscape of the falls.  During the mid 1800’s word spread quickly about this natural spectacular that Dr David Livingstone momentarily abandoned his scientific observations to see the falls making him the first ever European to lay eyes on one of the most beautiful natural sites in the world.  It was Dr Livingstone who named the falls ‘Victoria Falls’ in honour of his Monarch, Queen Victoria. 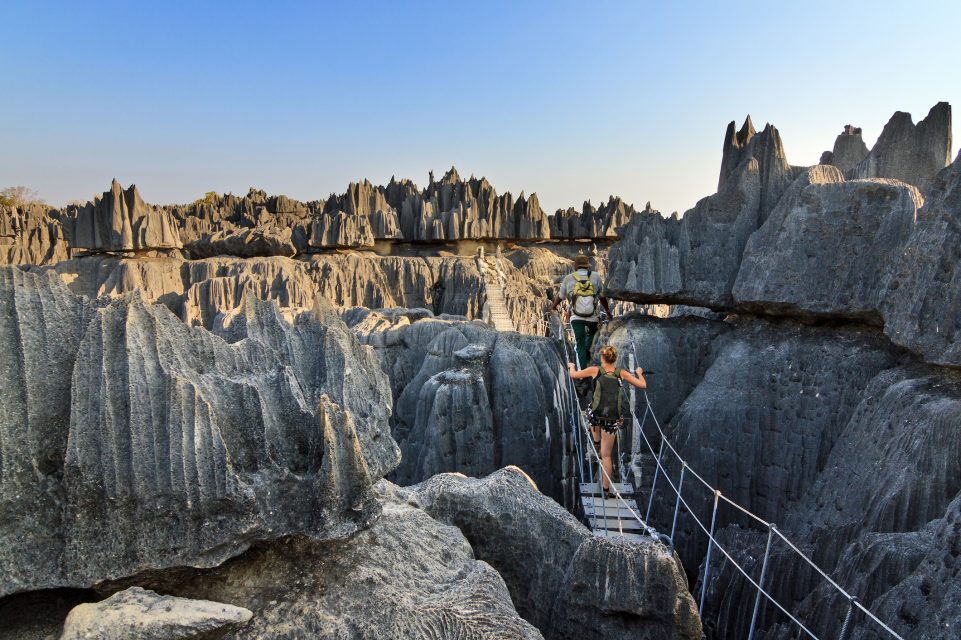 Located in the district of Antsalova in central west Madagascar, Tsingy Des Bemeraha offers a variety of geomorphological structures.  The Malagasy word Tsingy translates to ‘walking on tiptoes’ which is justified by its landscape; a labyrinth of limestone needles.  The area, made up of approximately 152,000ha was declared a World Heritage Site by UNESCO in 1990 and didn’t allow tourists until 1998 when the southern half was acknowledged as a National Park.  The northern half remains an Integral Reserve with a no tourist law.  The landscape consists of canyons, gorges, deciduous dry forests, grassy savannahs, lowland bushes, lakes and mangrove swamps which support an astonishing richness of fauna and flora.  Within the National Park there are 11 lemur species along with the small carnivorous falanouc, ring tailed mongoose, several bats and 100+ bird species.  It is the perfect place for a wildlife trek. 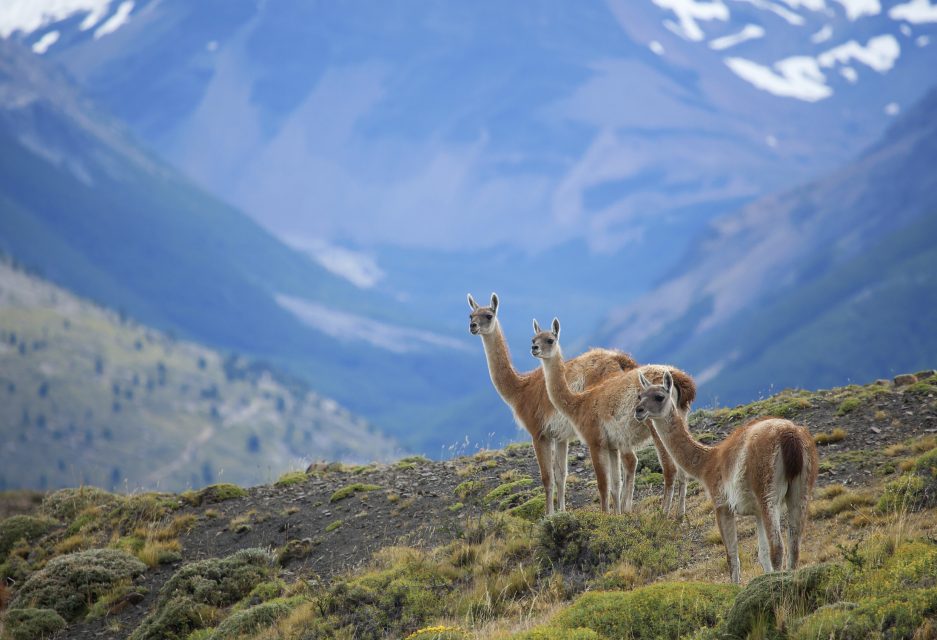 Encompassing ancient peaks, towering granite mountains, bright blue ice bergs, lakes, rivers & pampas (grasslands) within its boundary of approximately 181,400ha, Torres Del Paine is the world’s eighth natural wonder.  Located in the Magallanes & Chilean Antarctica region of Southern Chile, the park was founded in 1959 and later became a UNESCO Biosphere reserve in 1978.  The park is known for its hiking trails, nature walks, wildlife watching, kayaking, boating, cycling and more.  Due to the no tourist law in the north there are no records of what fauna lives there.  However, this is not the case in the south.  It has been documented that a range of mammals call this diverse landscape home.  These include guanacos, the endangered Chilean huemal, the southern Andean deer, foxes, pumas, and 15 bird species of breeding populations.  This is the adventure travellers dream location with a limitless amount of activities to do and things to see. 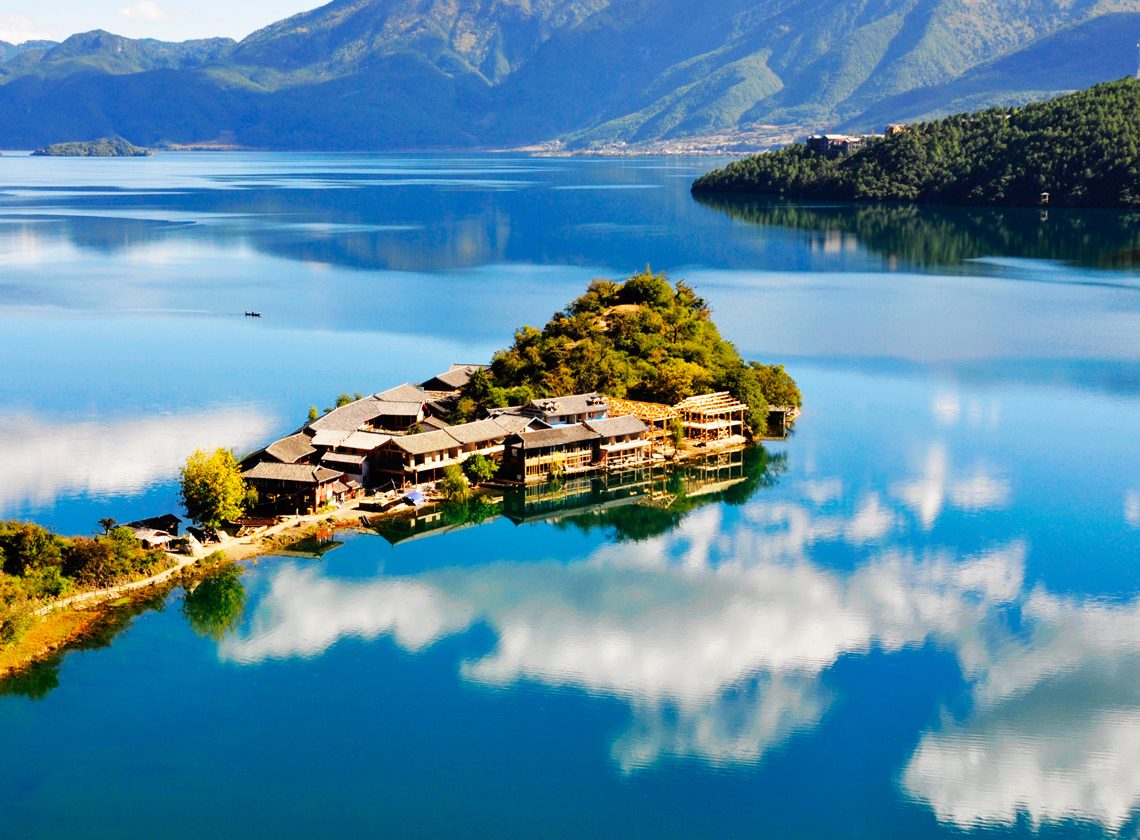 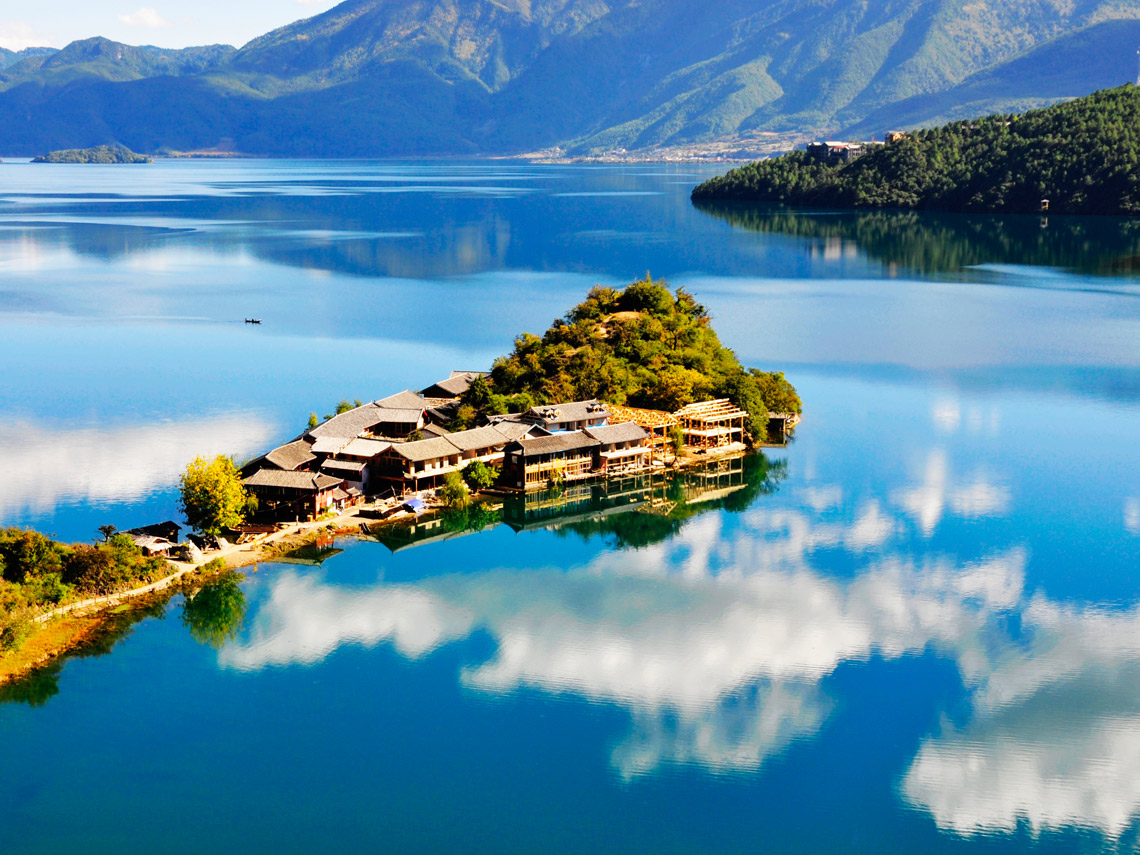 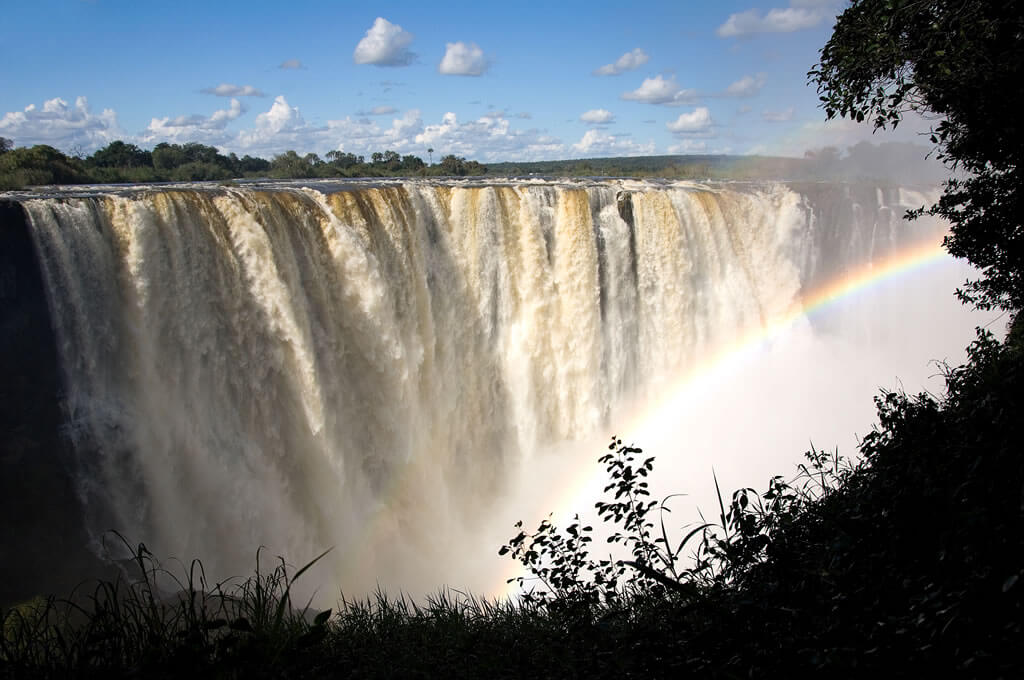 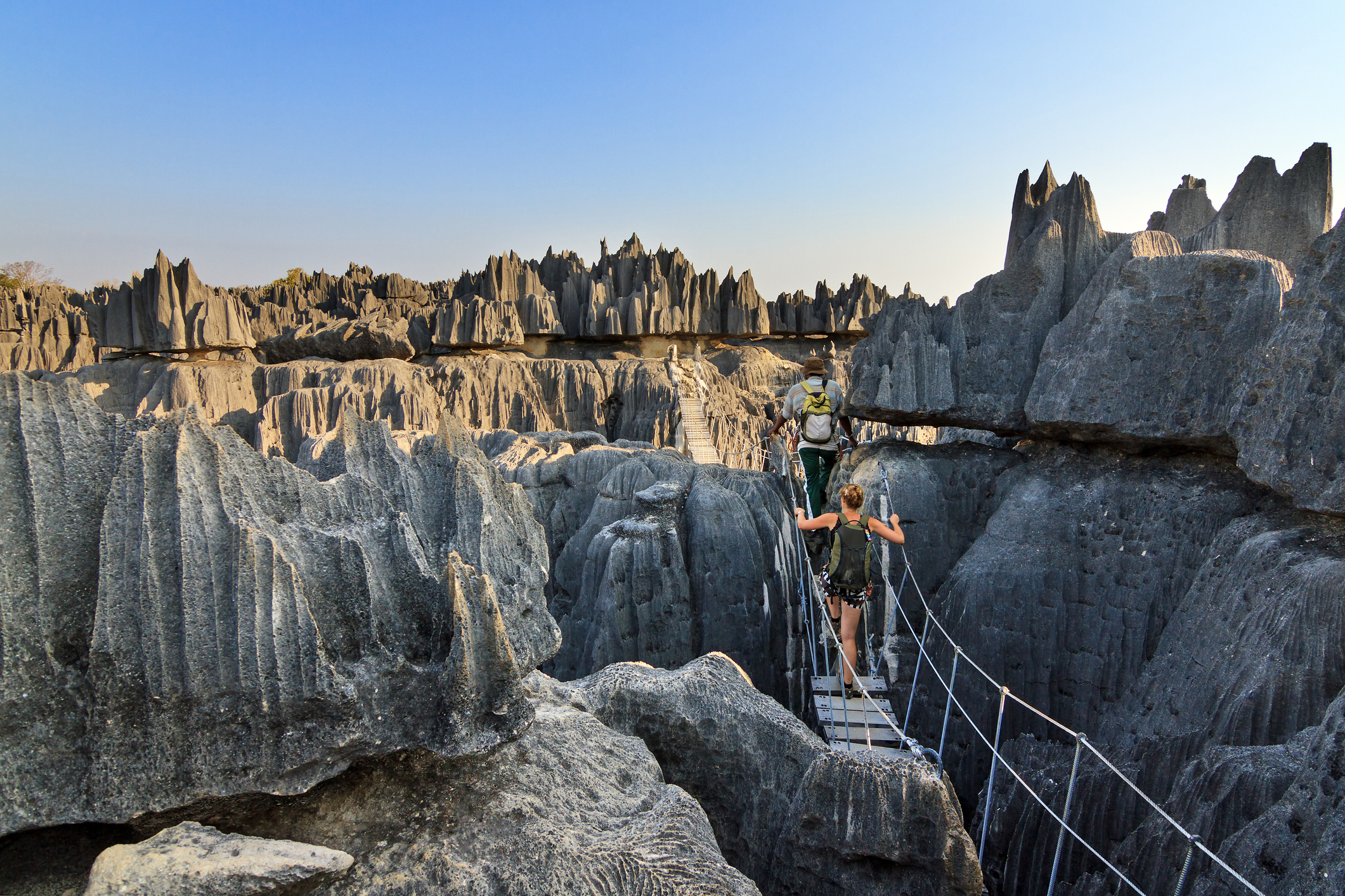 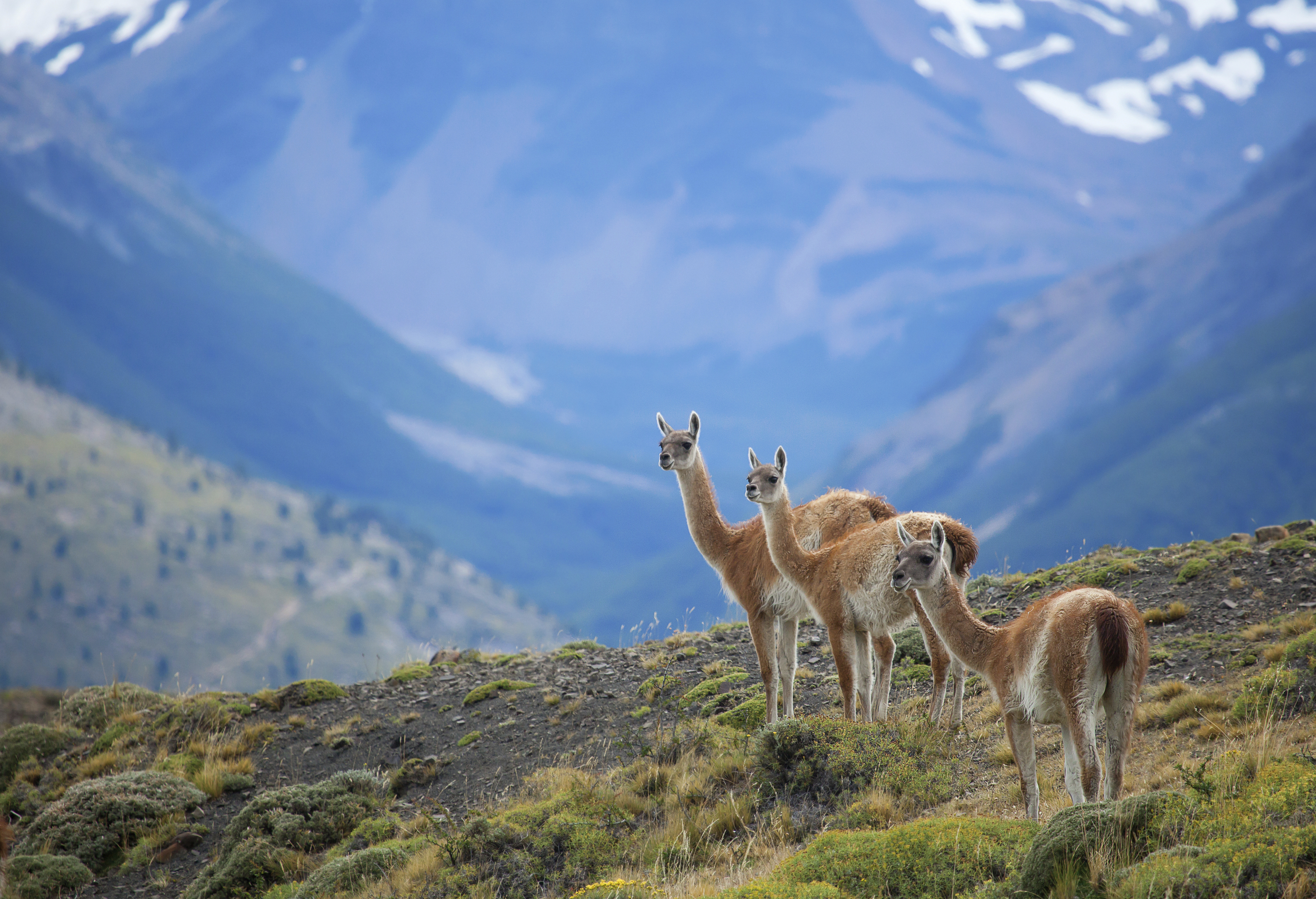