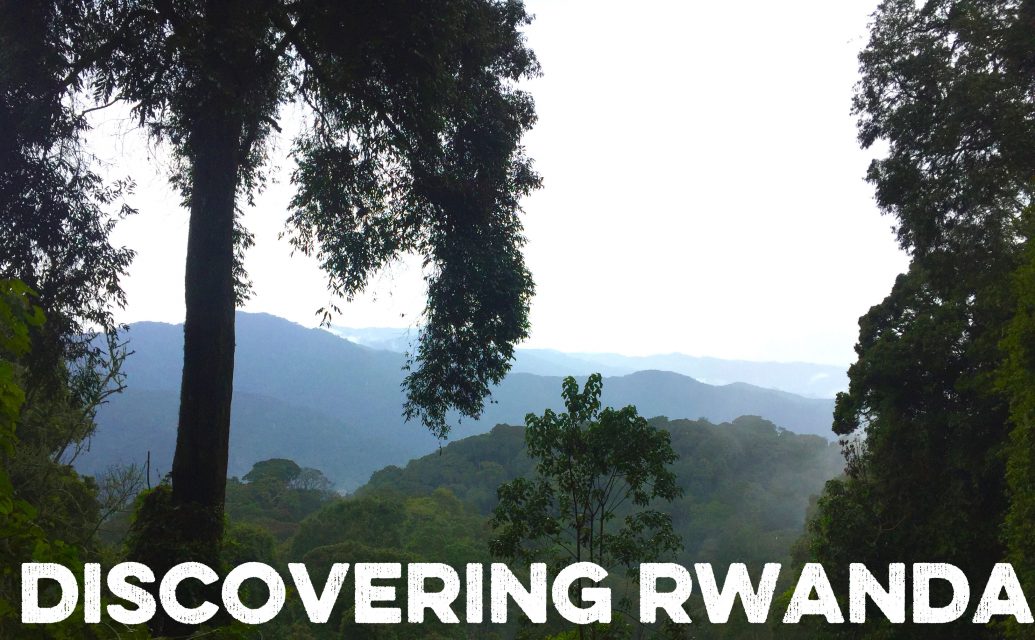 Our client manager Victoria went on the most incredible trip to Rwanda, her blog provides an extremely interesting insight to her adventure there but beware, you will most definitely get a strong feeling of travel envy!

As the plane started it’s descent into Kigali I was excited to catch glimpses of Rwanda and to see the ‘land of a thousand hills’ for the first time. What I didn’t know was that there is so much more to Rwanda than I had ever expected.

The mountain gorilla (Gorilla beringei beringei) is the only great ape in the world that is increasing their population numbers, a rare good news conservation story. It seemed especially fortunate to be visiting shortly after the 2018 census had recently reported an increased to 1004 individuals. Mountain gorillas are found in two separate locations: the Virunga Massif, a range of extinct volcanic mountains bordering the Democratic Republic of Congo (DRC), Rwanda and Uganda, and in the Bwindi Impenetrable National Park in Uganda. The combined population increase is attributed to the effectiveness of conservation policies, notably regulated tourism, protection and veterinary interventions, law enforcement, community conservation projects, and government and NGO collaboration. Reacting to the news Attenborough said:

“When I first visited the mountain gorillas in 1979, the situation was dire; the number of these remarkable animals was dreadfully small. It is incredibly heartening therefore to see how the efforts of so many different groups – communities, governments, NGOs – have paid off. The threats to mountain gorillas haven’t disappeared entirely, of course, so now the challenge must be to ensure that these achievements are sustained long into the future.”

Rwanda is a relatively small country compared to its neighbours, and the Volcanoes National Park (Parc National de Volcans, or PNV as locals call it) in the Virunga Mountains is only a 3 hour drive from the capital city, Kigali. Understandably historically gorilla trekking has been the main reason people choose to visit Rwanda, despite the higher cost of gorilla tracking permits compared to Uganda. Mountain gorilla groups can be tracked and observed for up to an hour by small numbers of visitors (maximum 8 individuals per group) while under the watchful eyes of park rangers. But before I headed there I had a week to discover more about the rest of Rwanda.

I started with a walking tour of Kigali and it was nice to be out exploring on foot and meeting locals. A guided visit to local busy market was fun, the atmosphere was comfortable and relaxed as we tried some produce and talked to the stall holders. We then relaxed at a local milk bar; while a great experience the sweet milk is definitely an acquired taste! I wasn’t looking forward to the afternoon visit to the Genocide Memorial Museum, but I’m glad I went despite my reservations. I’m of an age group that generally is familiar with events leading up to, and including the tragedy, but I still found the museum very informative. While it is a tough experience I was aware that its’s important to pay your respects at the memorial, and it also helped me to understand the current efforts being made to create a brighter future for all Rwandans.

As we headed out of the city we witnessed “Umuganda”, which is a monthly national day of community service and includes projects such as house maintenance or field projects. Rwandans, in cities and rural areas, will join in organised community projects between 7am to 11am in the morning. It was impressive to see large community groups working together and also the almost complete absence of traffic as we drove towards Ngunywe. It was a demonstration of how Rwandans are committed to moving forward together and it was really remarkable to witness.

On the journey I was also almost constantly surprised at just how beautiful Rwanda is. The rolling hills were so green and lush, with very little rubbish around to spoil the landscape. Colourful, bright fabrics wrapped around the women constantly drew your attention on the drive. We arrived in Nyungwe National Park, which is surely one the most beautiful and pristine mountain rainforests. It is one of three national parks in Rwanda (Akagera and PNV are the other two) and has several escorted treks, all varying in time and difficulty. We choose the Canopy Trail, roughly a two-hour guided walk in the forest which includes a 90m walkway suspended high in the trees and with amazing views over the forest. Fortunately the walkway has 2 halves and the first section was more than enough of a challenge for me! But it was an amazing opportunity to see the beautiful forest from a fantastic vantage point.

Nyungwe National Park is mostly known for its chimpanzee’s tracking. The chimpanzees groups nest each night, and the trackers head out early in the morning to find the chimpanzees before they disperse around the forest, they then communicate the locations with the ranger guides. Visitors will trek out to the location and spend an hour observing the chimpanzees in the forest. As our closest living relative, chimpanzees share 98.7% DNA, it’s an exhilarating experience to observe them in the wild. The chimpanzees communicate with pant hoots, screams, and by hitting the tree buttress. To hear their calls is a very memorable experience and well worth the muddy trek through the forest! It is a very different experience to observing the mountain gorillas; chimpanzees move quicker and further, and we observed them resting and playing high up in the tree canopy. So sightings are more varied, but exhilarating none the less!

From Nyungwe we journeyed onto Lake Kivu, Rwanda’s largest lake and the sixth largest in Africa. Lake Kivu is beautiful and surrounded by hills with very little obvious development. It naturally has no hippos, or crocodiles, making it a safe area for kayaking which was our next activity. The lake was still and clear and perfect for a beginner kayaker, such as myself. A couple of hours after leaving our lodge by kayak, followed by our support boat, we arrived at a small uninhabited island when we could see the fruit bats circling above. Walking up the hills we observed the bats at a distance nesting in the trees, it was incredible to see them both nesting and flying above. We moved on to another small uninhabited island where it is possible to camp after a day of kayaking. Sat by the camp fire surrounded by a beautiful calm vista it was a shame that it was time for us to leave. I had loved our time on the lake and the opportunity it had given me to observe Rwanda from a different perspective.

As we approached Gisenyi by boat the town fisherman were heading out for the evening, and as they do so they sing. They spend the night on the water, their 3 vessels linked together with poles and nets to catch the fish. Hearing the fishermen singing as they paddled out for the night was a surprisingly moving experience. Gisenyi (renamed Rubavu in 2006) is a popular resort town with both Rwandans and visitors, and as the sun goes down across the lake you can understand it popularity. The DRC border isn’t too far away; the previous evening we had seen the glow of Mount Nyiragongo’s lava pool in the night sky. But we couldn’t linger too long as it was onto Musanze, a town dominated by the views of the Virunga Volcanoes.

Musanze is the third largest town in Rwanda, and as the closest town to the PNV it’s a convenient base from which to track the mountain gorillas. Set at a fairly high altitude (1850m) the clear horizontal line along the volcanoes distinguishes where the farm land ends and the forest begins. There is a very friendly mood to the town so I was excited to be heading out on a guided mountain bike trail with on a route that criss crossed through settlements and fields. I chose an Eco-bike (an electric bicycle, or booster bike, with an integrated electric motor) as it had been a while since I was last on a bike and I wasn’t sure how challenging the ride would be. I needn’t have worried but the booster made it easy and gave me a chance to concentrate on the views, and also saying hello to all the locals on route! It was the perfect way to get out into the countryside and see another side of Rwandan life.

After having enjoyed the kayaking I was pleased to be getting back on the water. After a short drive from town we arrived at the Mukungwa River. The Sunday Times had described our planned canoe trip as a “half day of pure joy”. So after the safety briefing we then climbed into our canoes and headed down river. The river banks were abundant with birds, over 40 species have been recorded there, and I really appreciated the calm and gentle way to observe the countryside, and the opportunity it gave me to again see Rwanda from a different perspective.

While in Musanze we also took time to visit a successful women’s co-operative that exports quality woollen garments. The wool is spun and knitted by hand by the women, and it’s sold around the world. It was uplifting to witness an initiative that supports so many women with employment, and that has so far built 15 homes for its employees. It’s an example of a successful Rwandan community project and a great way to meet and speak with the locals; it certainly had a profound impact on me.

On our final day in Musanze we travelled to Kinigi, approximately 12km away and where the Volcanoes National Park headquarters are located. We had to be there by 7am or you risk invalidating the precious gorilla tracking permits! We met our guide who then took time to explain where we would be going, which group we would be tracking and the guidelines we needed to follow when in the mountain gorilla’s presence. Excitement mounted as we trekked out through the fields surrounding the park. At the park entrance we were given further information on the forest. Trekking is at elevations of 2500-3000m, so at times breathing can become a conscious effort as you move through the thick vegetation towards the gorillas. While the climb was steep the trek was steady and our guide regularly updated us on our progress towards the group.

Nothing really prepares you for the thrill of being in the presence of such magnificent beings as the mountain gorillas. It’s very powerful and moving.  I feel we were extremely fortunate to see infants and females, and the silverback, interacting together, all seemingly oblivious to us. But perhaps one aspect of what makes this experience so special is that everyone has their own unique precious moments to remember. Our guide ensured that protocol was followed; he also reassured and calmed the gorillas with deep grunts and encouraged us to do the same. We were warned us when our time with the group was almost up and then the gorillas moved off into denser forest, leaving us all exhilarated as we descended. We were all thrilled and moved by that single magical hour.

Rwanda is an incredible country in so many ways. While the time spent with the mountain gorillas is wonderful there is so much more to see and do, and meeting the people was truly inspiring to me. I rarely plan to return to countries, but I sincerely hope that one day I’ll be fortunate enough to find myself back in Rwanda.

Find out all about this trip and our incredible itinerary here: https://www.pioneerexpeditions.com/index.php/discover-rwanda/ 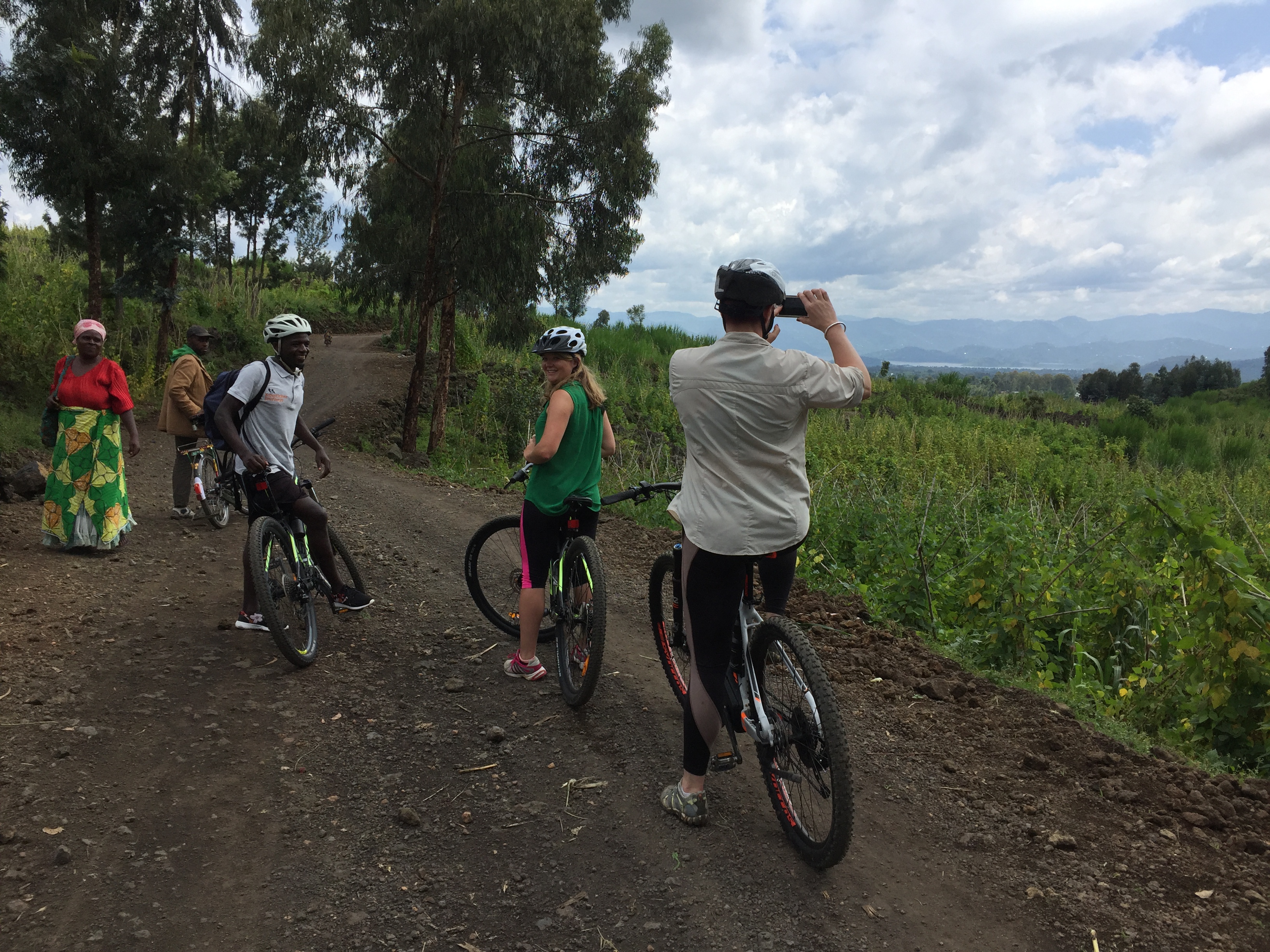 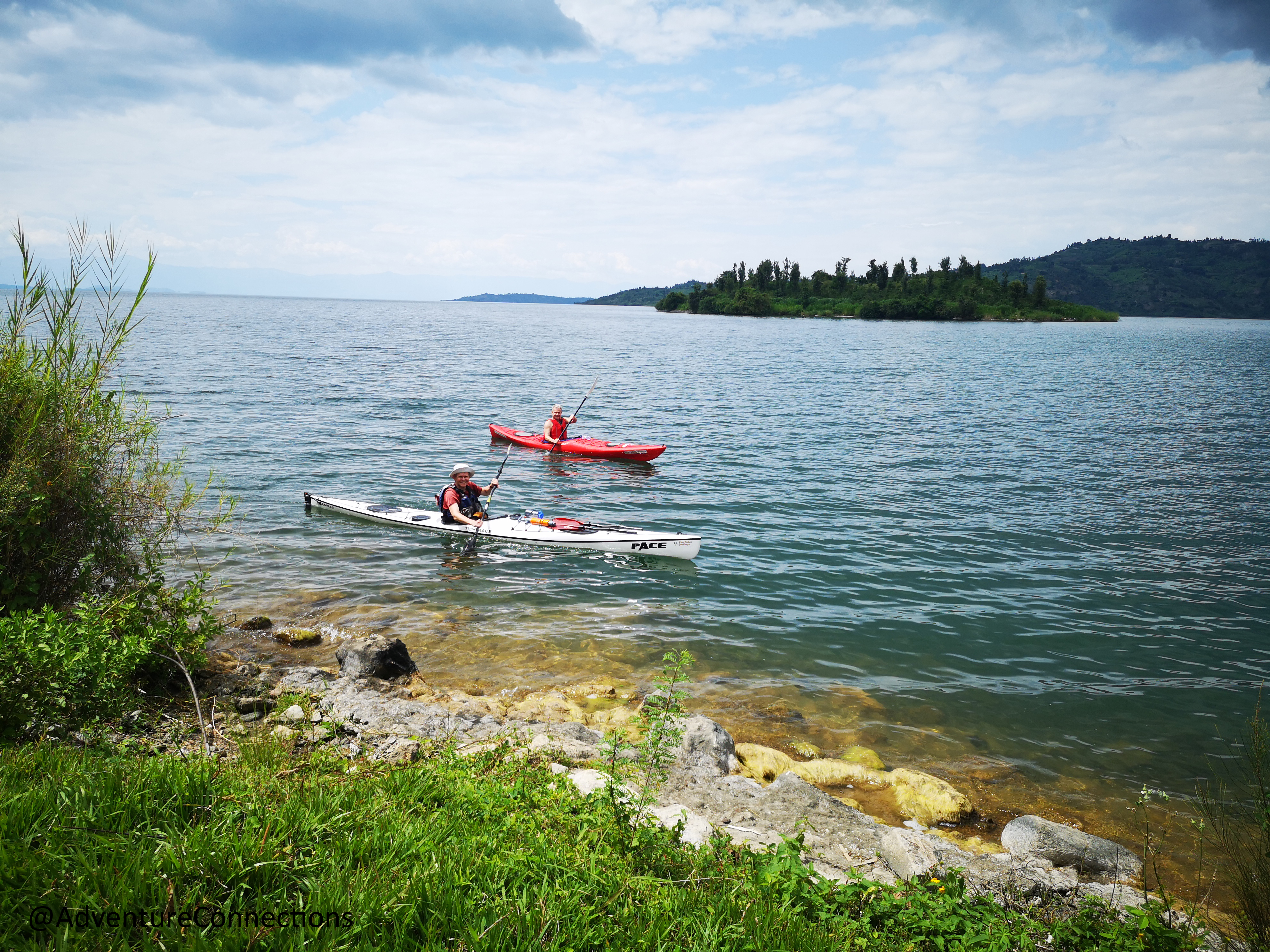 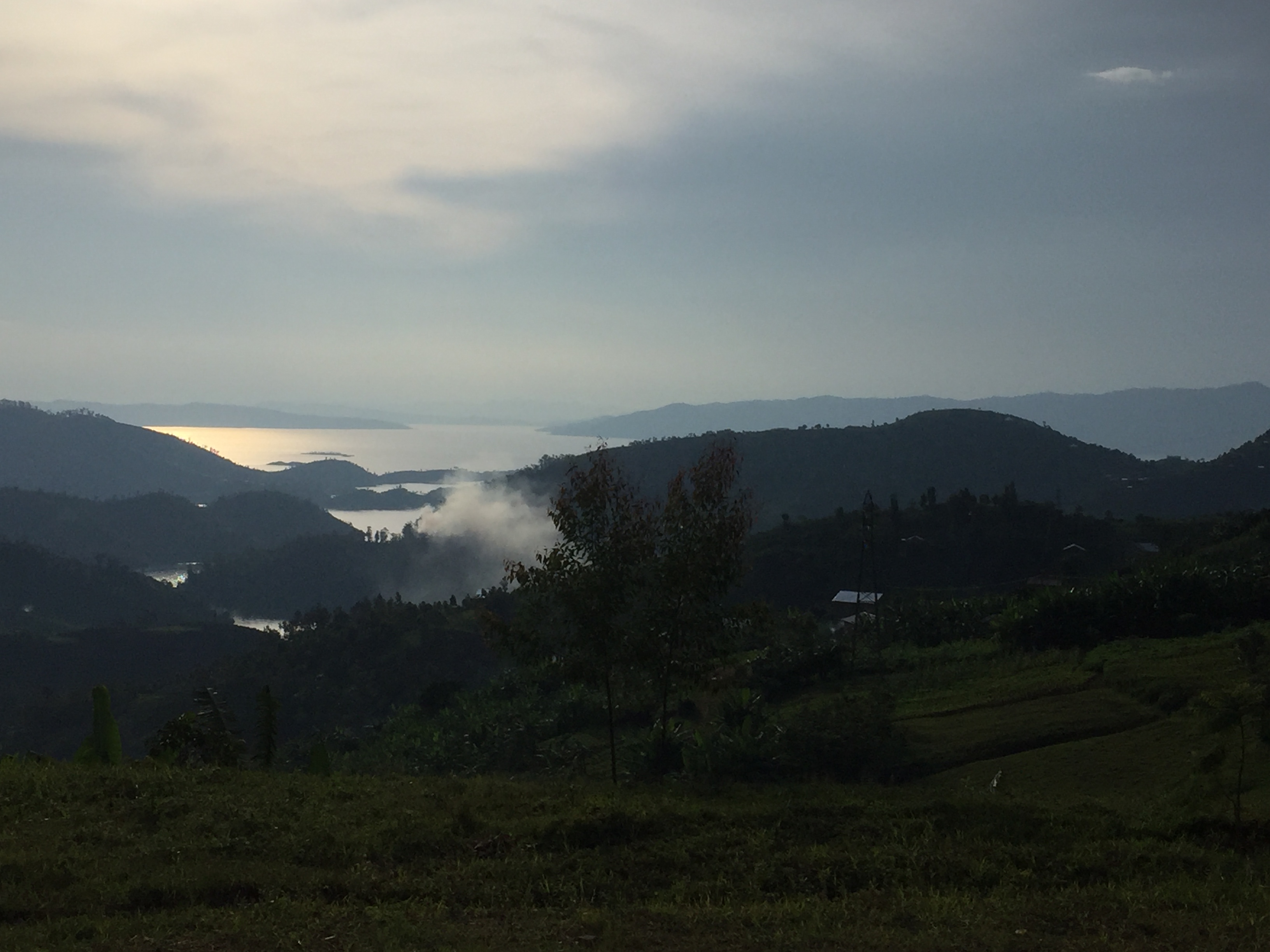 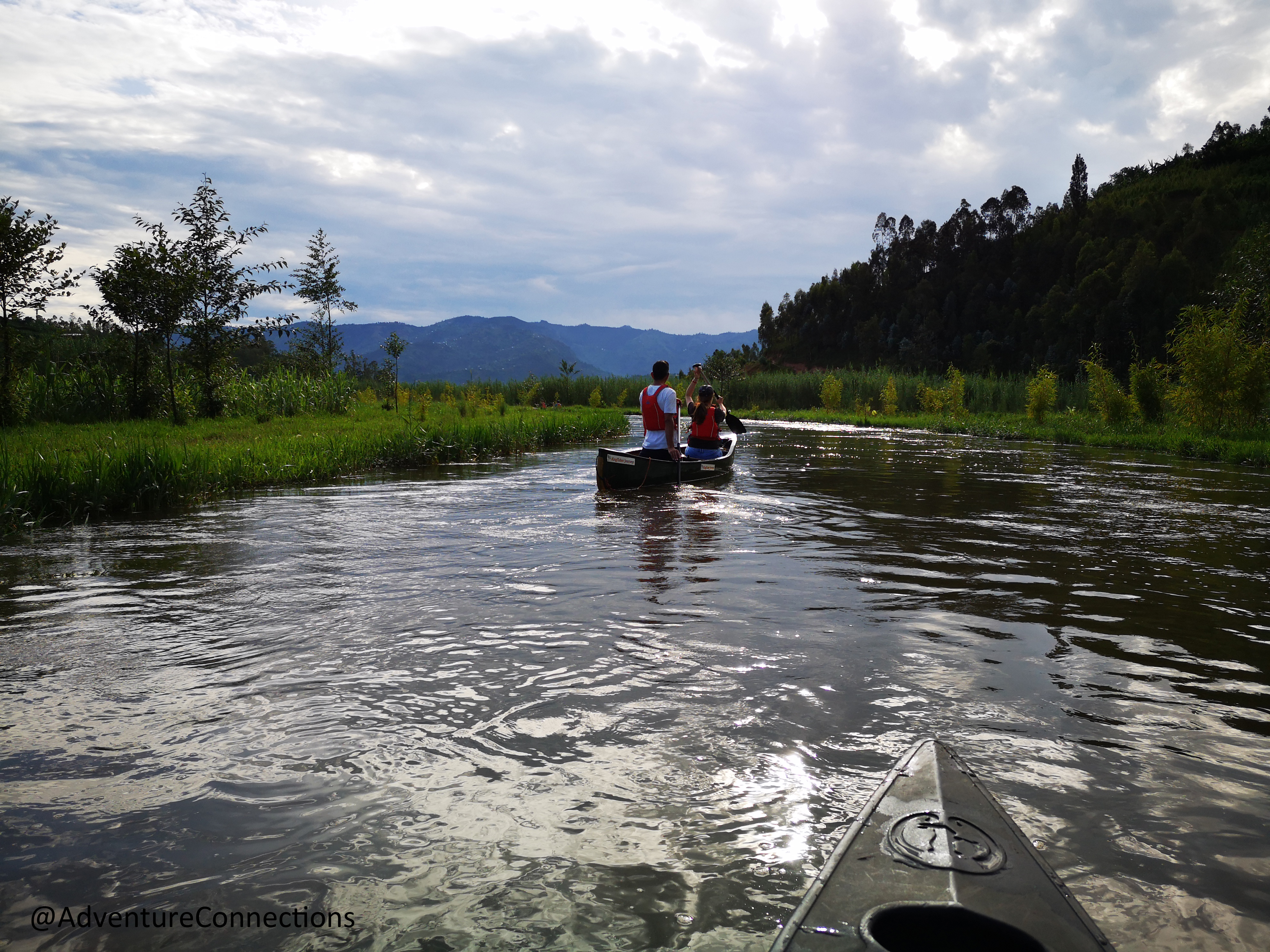 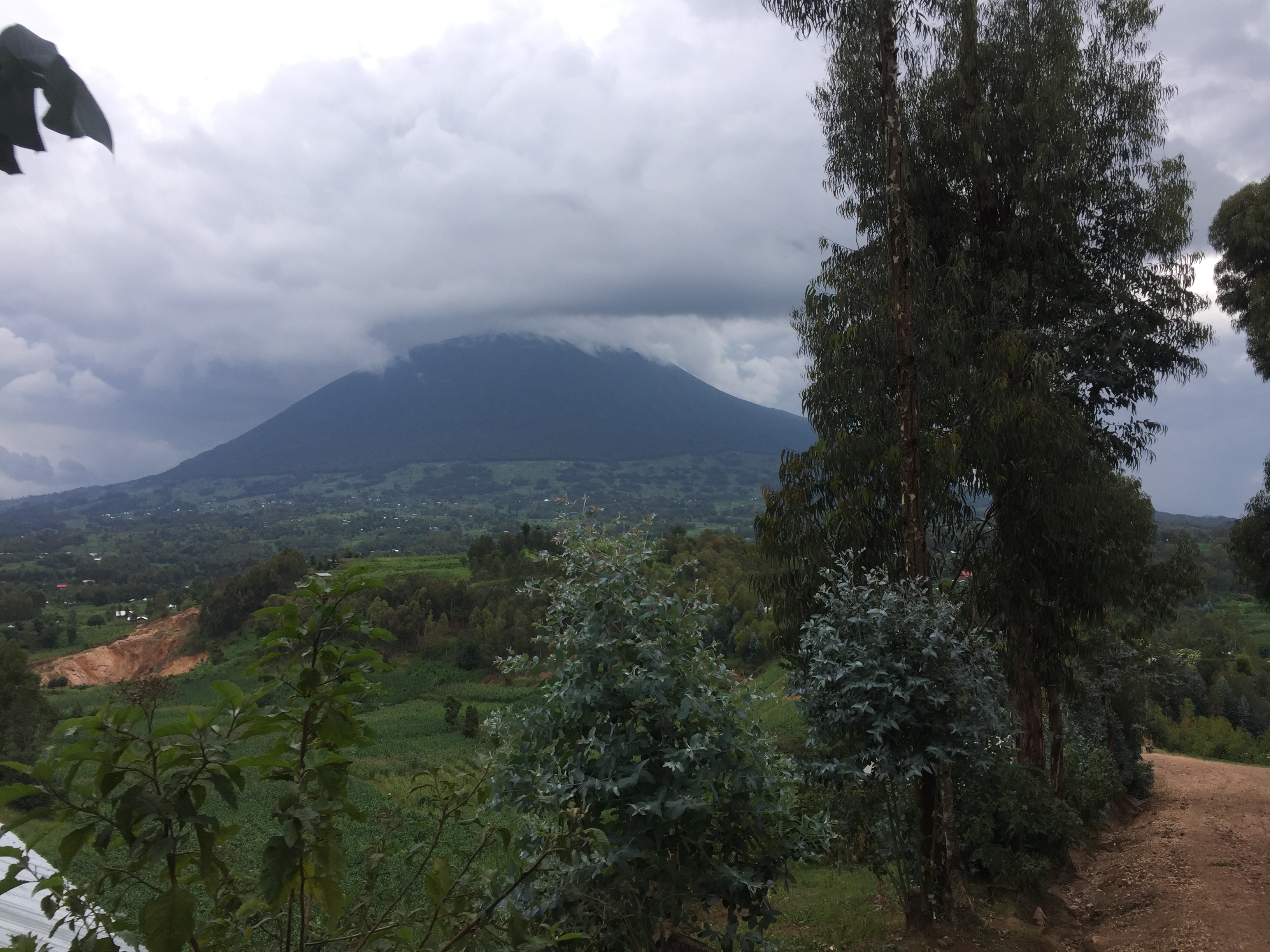 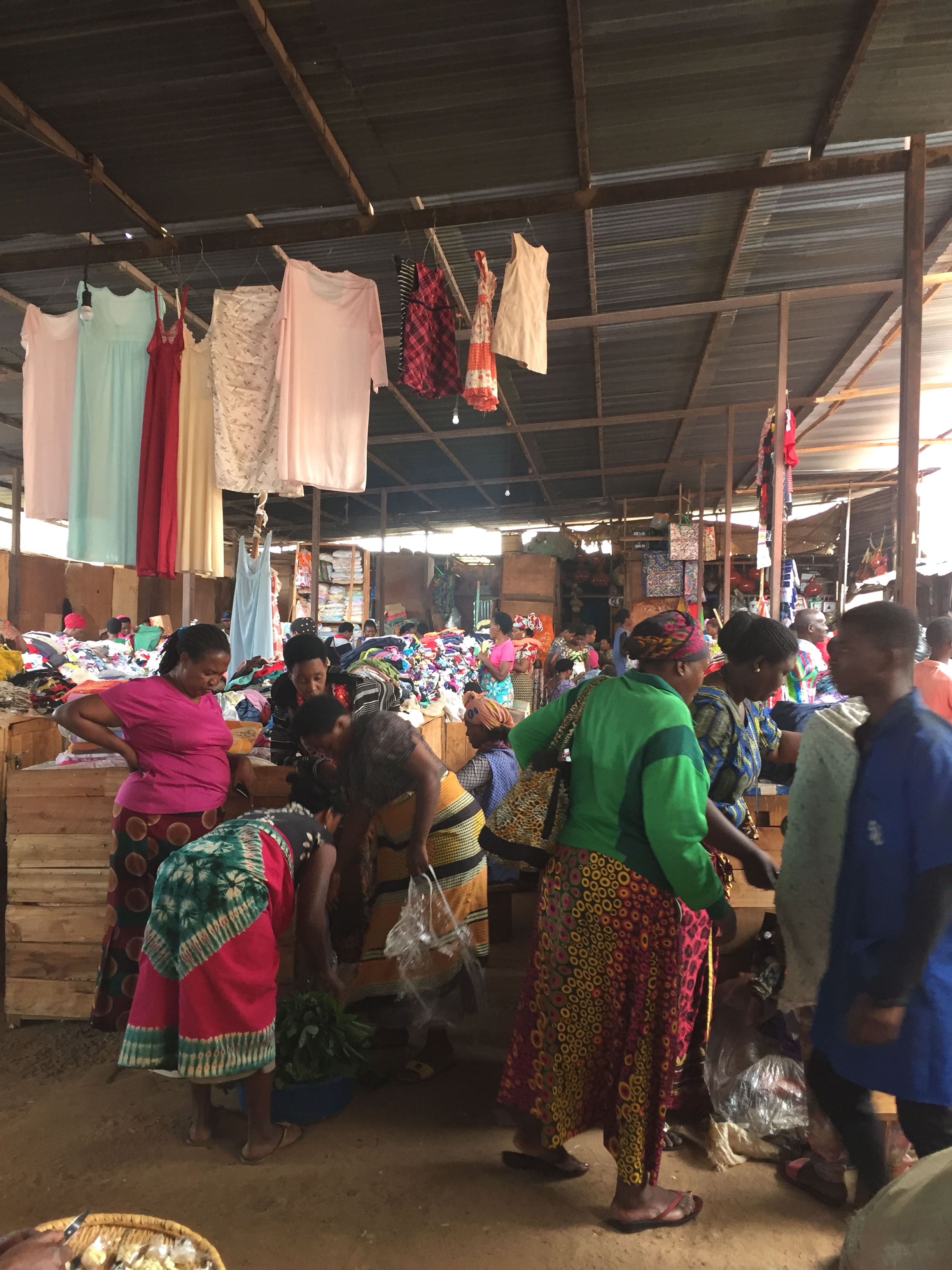 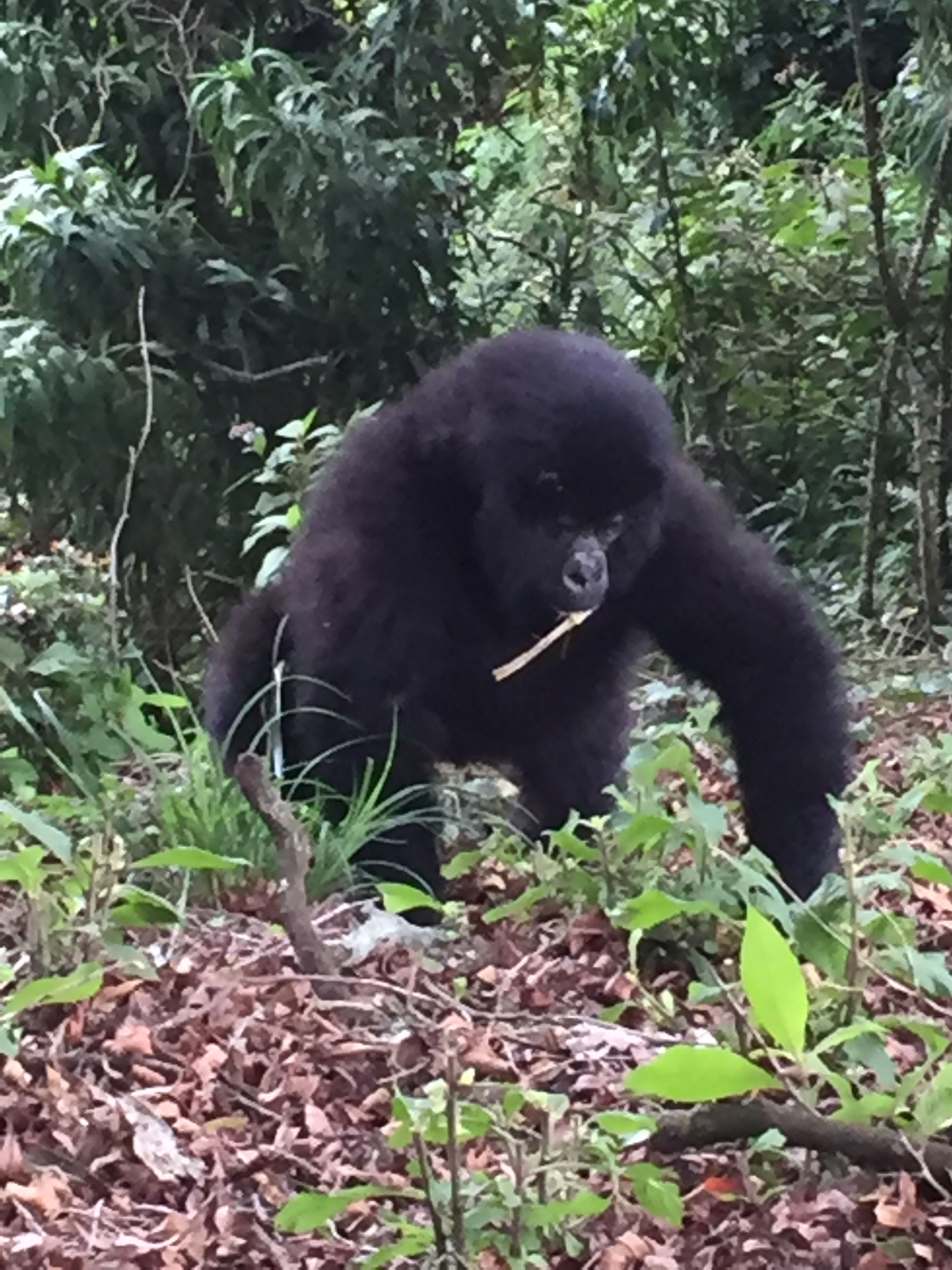 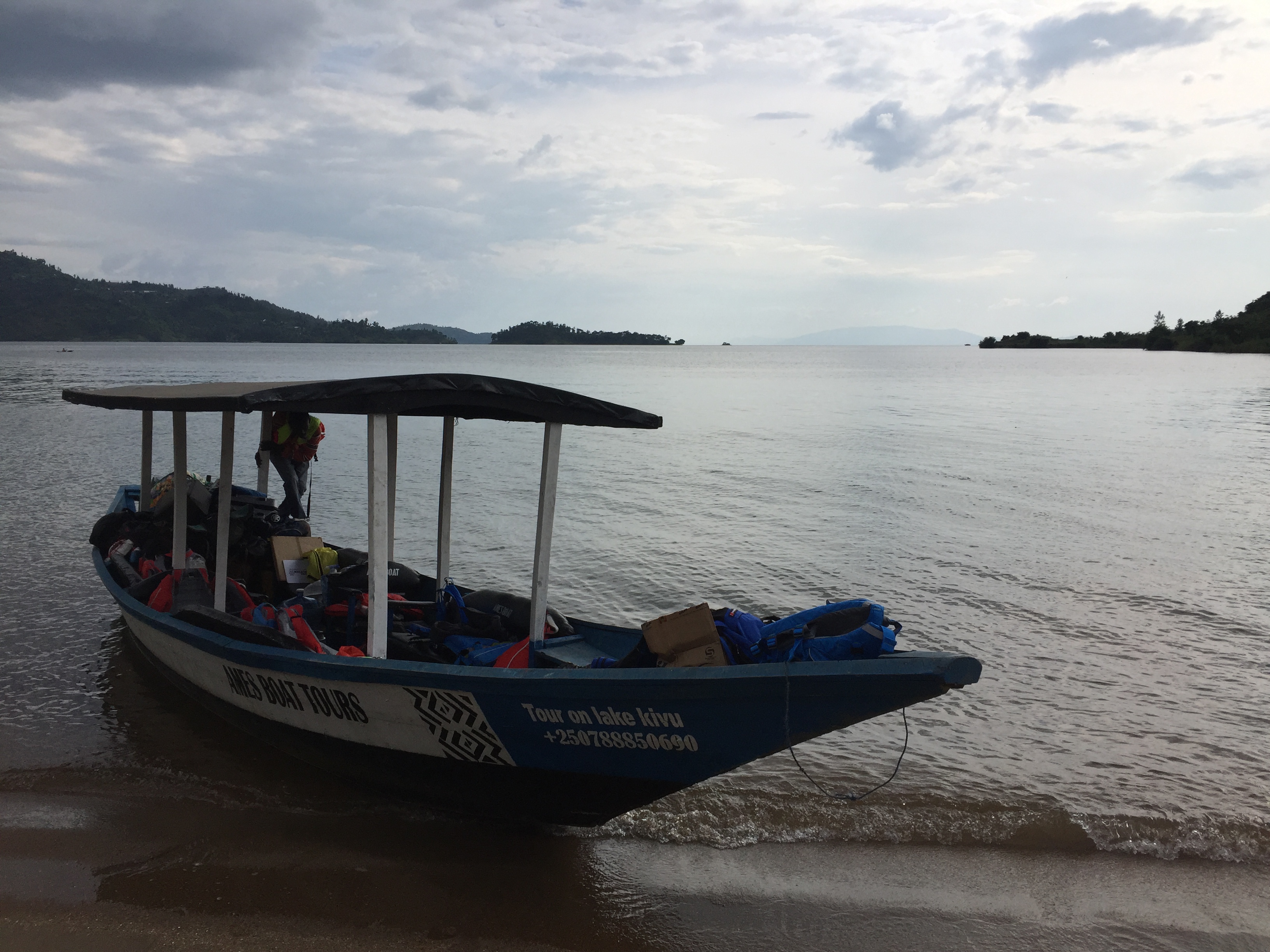 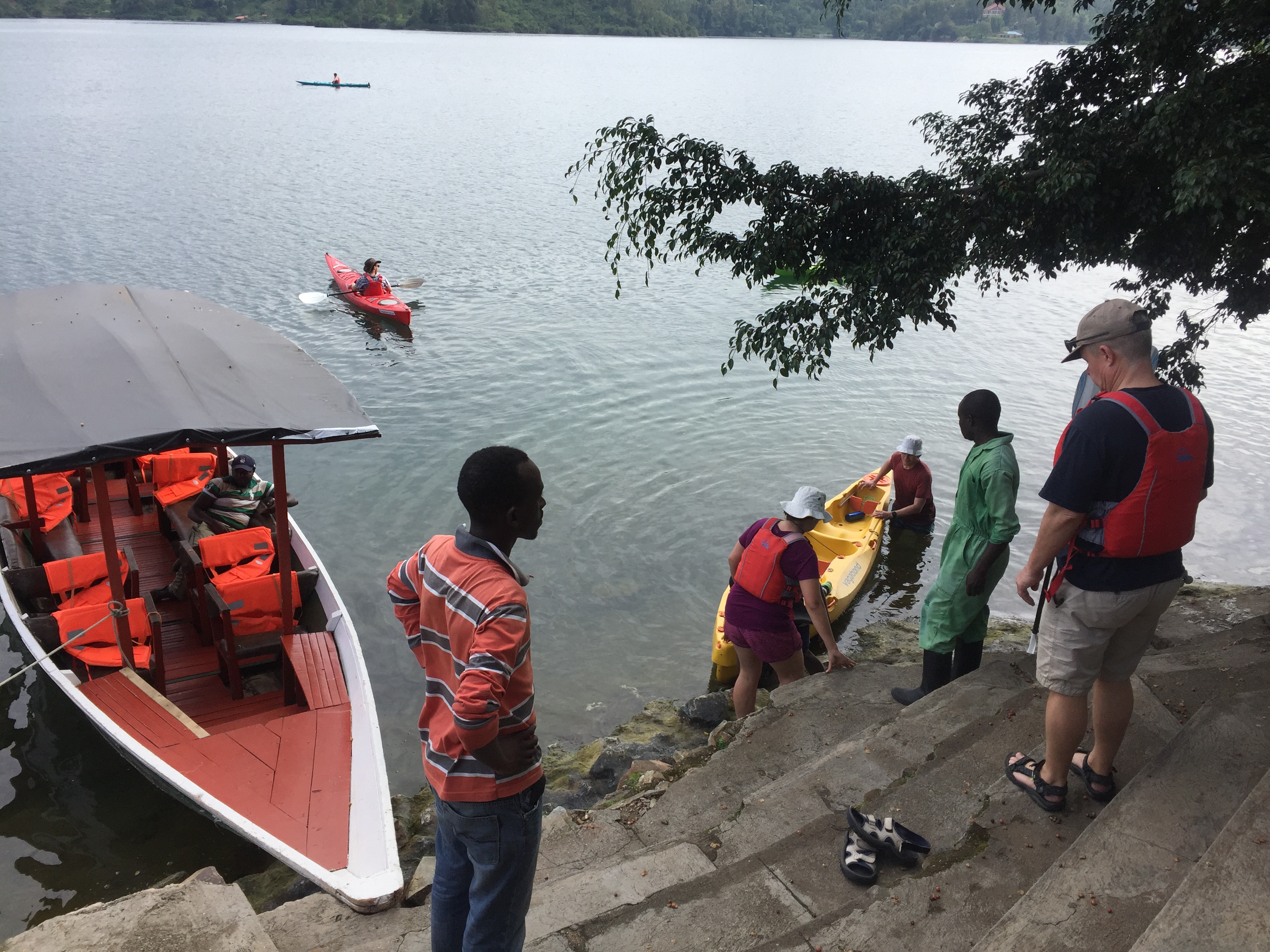 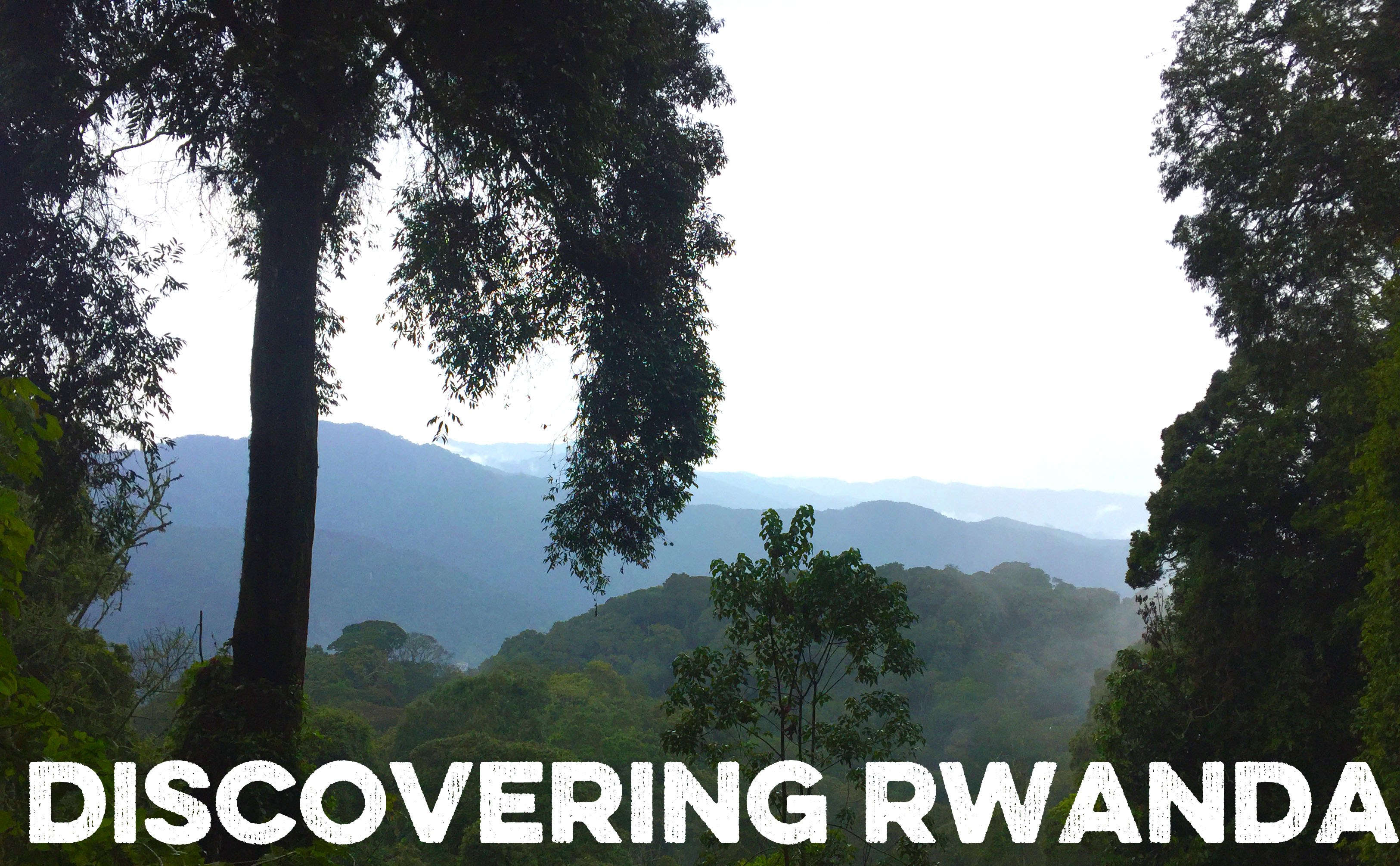