Arriving in El Salvador I really wasn’t sure what to expect. I was there for the Central America Travel Market in San Salvador, but first I would have a few days to explore the country. El Salvador is the smallest, and most densely populated, of the Central American countries and it undoubtedly suffers from some bad press. But the vast majority of this beautiful country remains untouched by ‘the troubles’ and I was keen to see it.

The Pipil, who were descendants of the Aztecs, named the territory and the capital Cuscatlán meaning “Land of the Jewel”. El Salvador is dominated by a west-east line of volcanoes that cross the centre of the country and quite a few of them are considered as “active” (although that means that there has been “activity” in the last 500 years). So my journey east was one full of beautiful views of the volcanic mountains and the landscape around them. We travelled by road out to the Gulf of Fonseca, a volcanic archipelago located in the Pacific Ocean. El Salvador is bounded by Honduras to the north and east, and by Guatemala to the northwest; its the only Central American country that lacks a Caribbean coastline. The boat ride around the incredible volcanic islands was stunning. The majority of them are deserted, or appeared to be home to only a few individuals. We were very close to Honduras at this point, but going there would have to wait for another time. 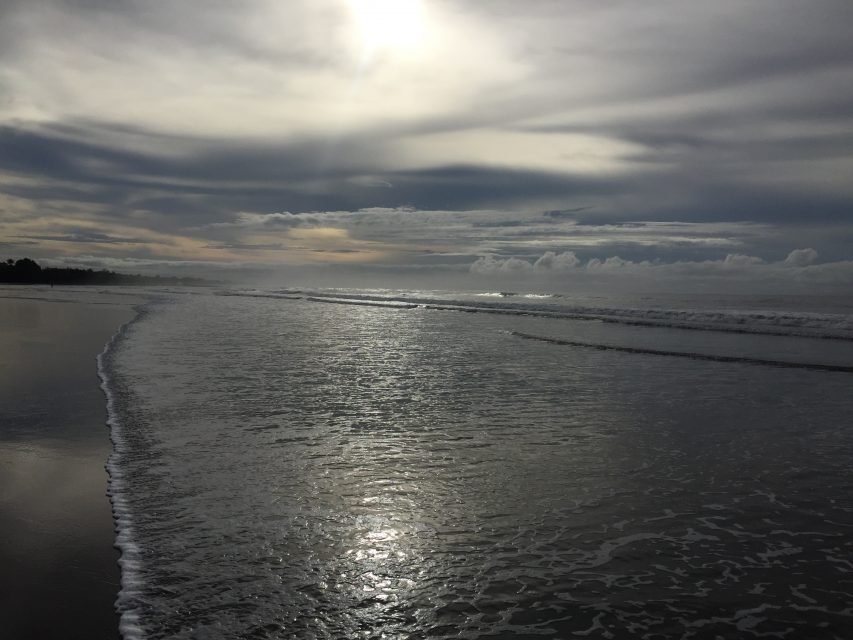 El Salvador has been a popular destination with surfers for many years. When I arrived at Las Flores beach one of the surfers told me he’d been coming back to the same place for 15 years. Why I asked? He pointed to the ocean and said “because of that wave”. Fortunately for me a short walk along the beach and it was much calmer and better suited for a more relaxing swim, but I could understand the attraction.  The beach was relatively empty despite the warm climate and lush beach front scenery. Las Flores is located on the outskirts of El Cuco, a small fishing village, and it’s used to seasonal visits by surfers. While I didn’t join in the surfing the beautiful sunrises, deserted beaches and incredibly tranquility made it a great place to spend time relaxing.

We headed on to Jiquilisco Bay, a spawning area for turtles and an important marine ecosystem. We were fortunate to be fully briefed by a team from ICAPO; the Eastern Pacific Hawksbill Initiative/Iniciativa Carey del Pacífico Oriental. Turtles have helped keep our oceans healthy for millions of years but unfortunately the hawksbill turtle (Eretmochelys imbricata) is close to extinction. They are captured and killed in fishing activities; becoming entangled in nets and are also victims of illegal blast fishing practices that destroy the local ecosystems. Eggs are also collected for sale and consumption; the eggs are an important source of protein and income for the local communities. 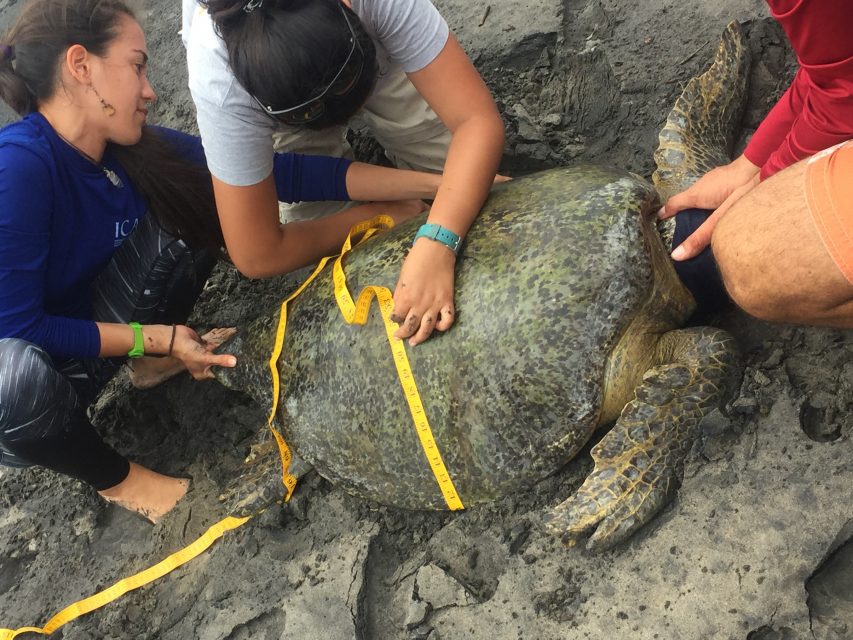 ICAPO is a group dedicated to turtle conservation all along the Pacific coast of the Americas. They incorporate community members into local project teams and provide incentives that result in strong local support and benefits within the community. They work with the Jiquilisco Bay communities where these endangered sea turtles nest, hatch and live. ICAPO are dedicated not only to reviving the turtle population but also to improve the socio-economic conditions of the coastal communities.

I considered myself fortunate to meet their dedicated staff and accompany them on a journey through the local rivers, and finally we witnessed them tagging a turtle and collecting a sample for genetic testing. It was great that a conservation project was also working so closely with the local community.

El Salvador, a relatively tiny country, has traditionally been heavily dependent upon sugar cane and chocolate exports, so we stopped to see a large plantation for both. Despite eating lots of chocolate I hadn’t previously given the production process much thought, so it was interesting to learn more, especially about the fermenting of the beans. Fortunately we managed to miss the heavy rains, known as the temporales, which fall in the winter season from May to October. Overall the El Salvadorians made the greatest impression on me, they were genuinely friendly and helpful and enthusiastic about their country. There is so much to see and do in Central America that it is easy to overlook El Salvador, and indeed it was time for me to move onto Panama. 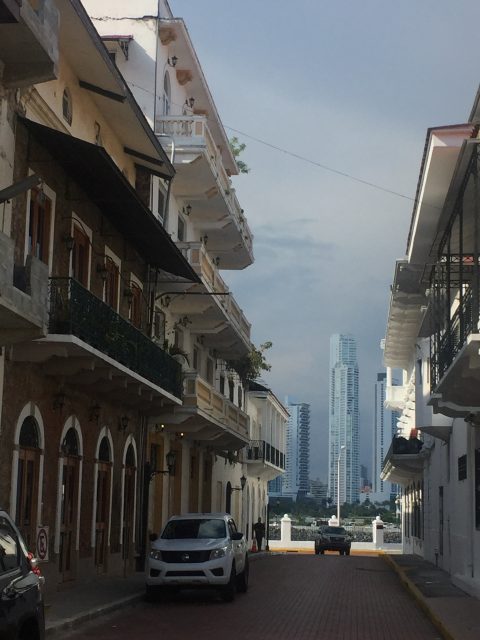 I was immediately struck by the diversity of Panama City. Staying in the old town, Casco Viejo, I could see both the sprawl of modern skyscrapers and the tree covered hills surrounding the city. I was really keen to visit The Biomuseo, the biodiversity museum. It’s located on the Amador Causeway, which was created by landfill from the canal construction that eventually linked 3 islands to the mainland, in a modern building by the architect Frank Gehry. The building was so colourful and distinctive I had been able to spot it from the plane. Within it’s the walls the stunning displays were a tribute to the botanical and zoological diversity of Panama, both in the past and also detailed the current conservation issues. Further galleries are to be developed and it really is a must see experience.

Leaving the city behind and I headed to the west of Panama. After a short flight and drive I was in the small town of Boquete (pronounced bow-keh-tay), which is in the Chiriquí highlands. Here we were close to the stunning Volcán Barú rising up through the misty clouds and surrounded by forests. Boquete is a popular place with back packers and also as a retirement haven. There were many places to stay and eat in the town, which also has the Rio Caldera flowing through it. As well as forest trails there is the popular zip lining experience through the rainforest canopy for a (literal) bird’s-eye view of the landscape.  The hillsides are dotted with farms known as fincas which grow coffee beans. We visited Finca Lerida, where a guide, whose father and grandfather had lived and worked on the estate, talked us through the different processing options. At a tasting session we learnt about the various processes that manipulate the taste of the beans. With the great coffee, and relaxing on the veranda at night listening to the sounds of the forest, I could have definitely stayed longer but it was time to move on. 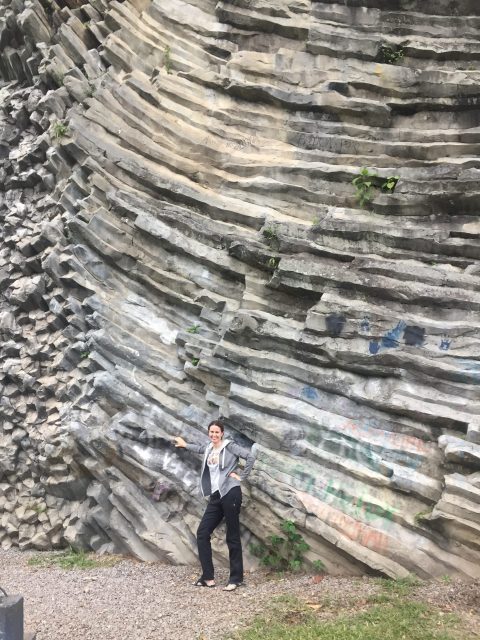 Heading back to Panama City as our flight came in to land we saw approximately 25 ships all waiting to enter the canal. When we went to take a closer we found the viewing platform was packed with locals, all really excited to see the gates opening. There is so much history to the canal construction, the transfer of control and even the recent second canal for the wider cruise ships that it really deserves your attention at least for a short time. Back in Casco Viejo the atmosphere changed from quiet and relaxed to crowds dancing in the streets. Apparently Panama had just qualified for the World Cup and the small streets were packed with people celebrating. The following day was declared a public holiday, clearly everyone needed time to recover from the celebrations!

We moved on to the Gatun River and a visit to the Embera Community. The Embera people try to maintain a traditional lifestyle, and visits to their community help support their way of life. We were treated to a traditional lunch cooked on their open fire and a ride in their dug out canoe, where we were lucky enough to see a black spider 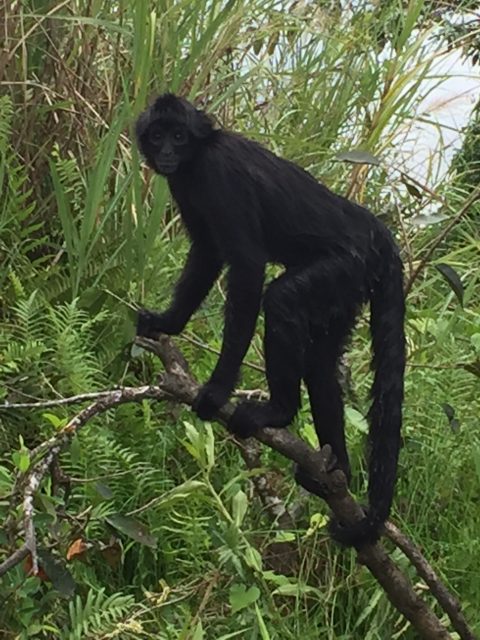 monkey and white faced capuchin on the river bank. From there we drove onto Portobelo, a small village on the Caribbean side of Panama which was once the greatest Spanish port in Central America. The atmospheric colonial fortresses still stand today and are also great viewpoints over the beautiful bay. The Festival de Cristo Negro (Black Christ Festival) is one of the country’s most vibrant and spiritual celebrations and occurs annually in October attracting huge crowds to the tiny village. At other times you can visit the statue, Cristo Negro, in the Iglesia de San Felipe church located in the village.

The unique geography of Panama could hardly fail to impress, from the forests and highland areas to the Caribbean bays, it was possible to see so much in such a short amount of time that it’s definitely worth exploring. 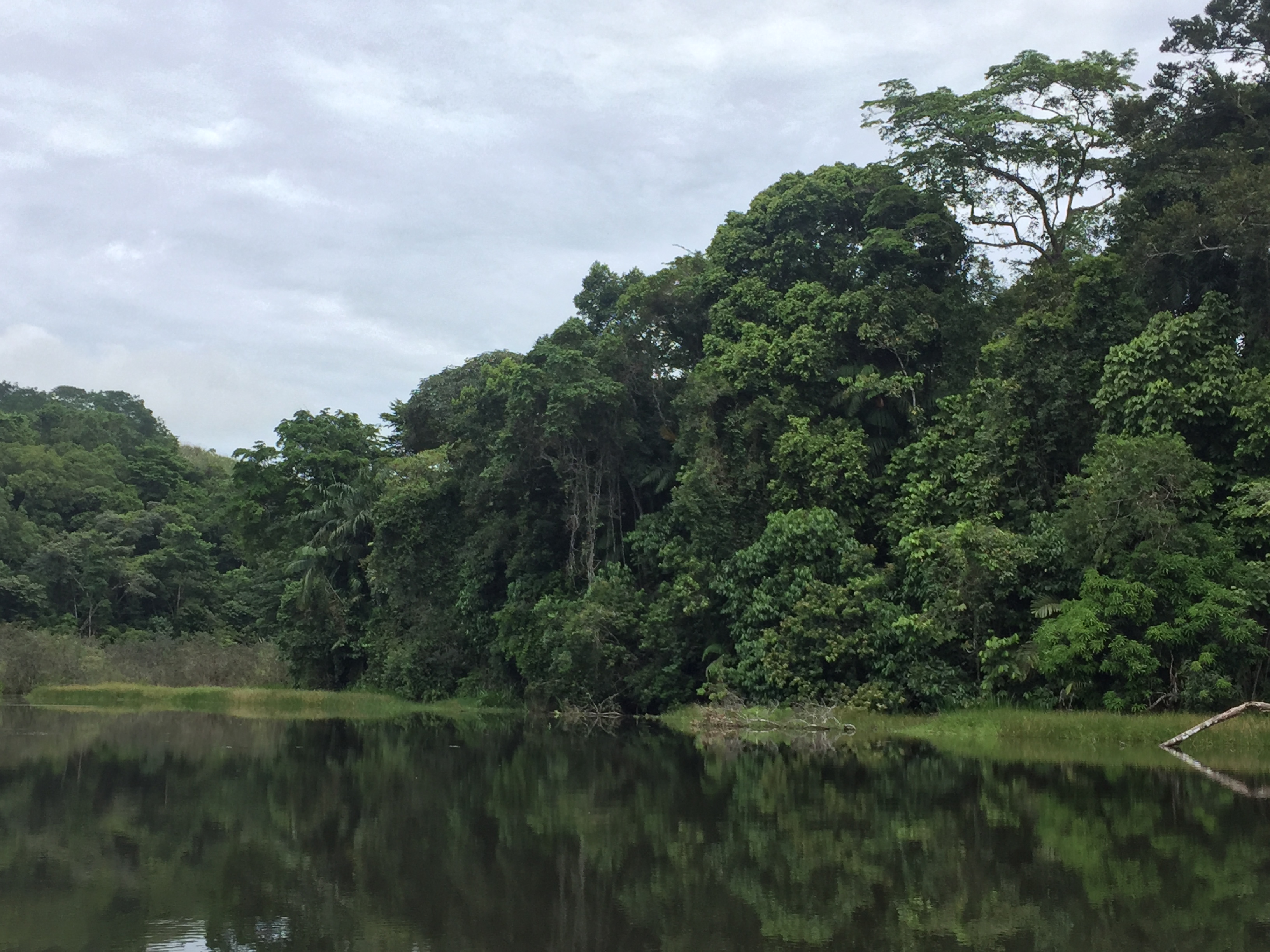 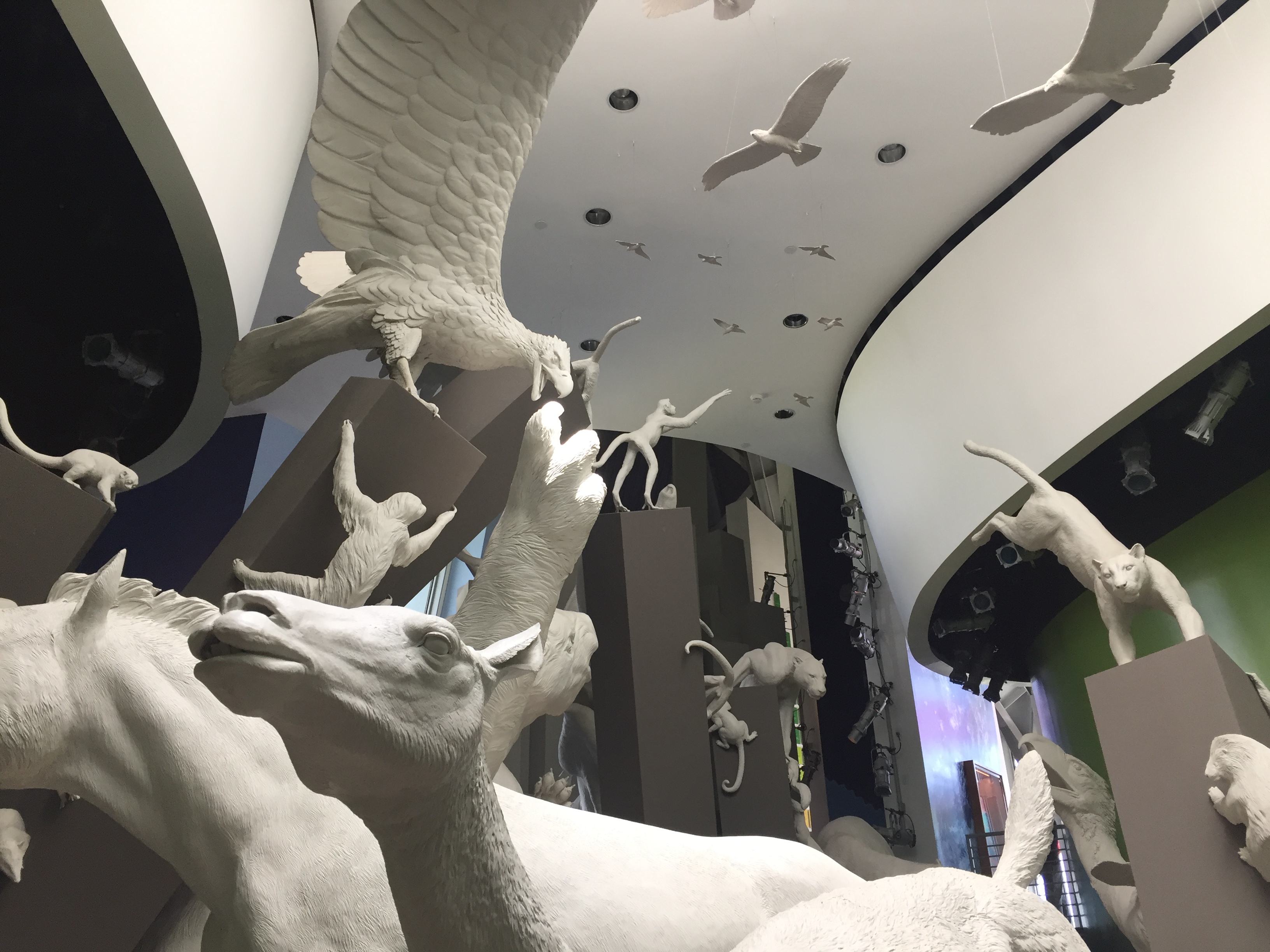 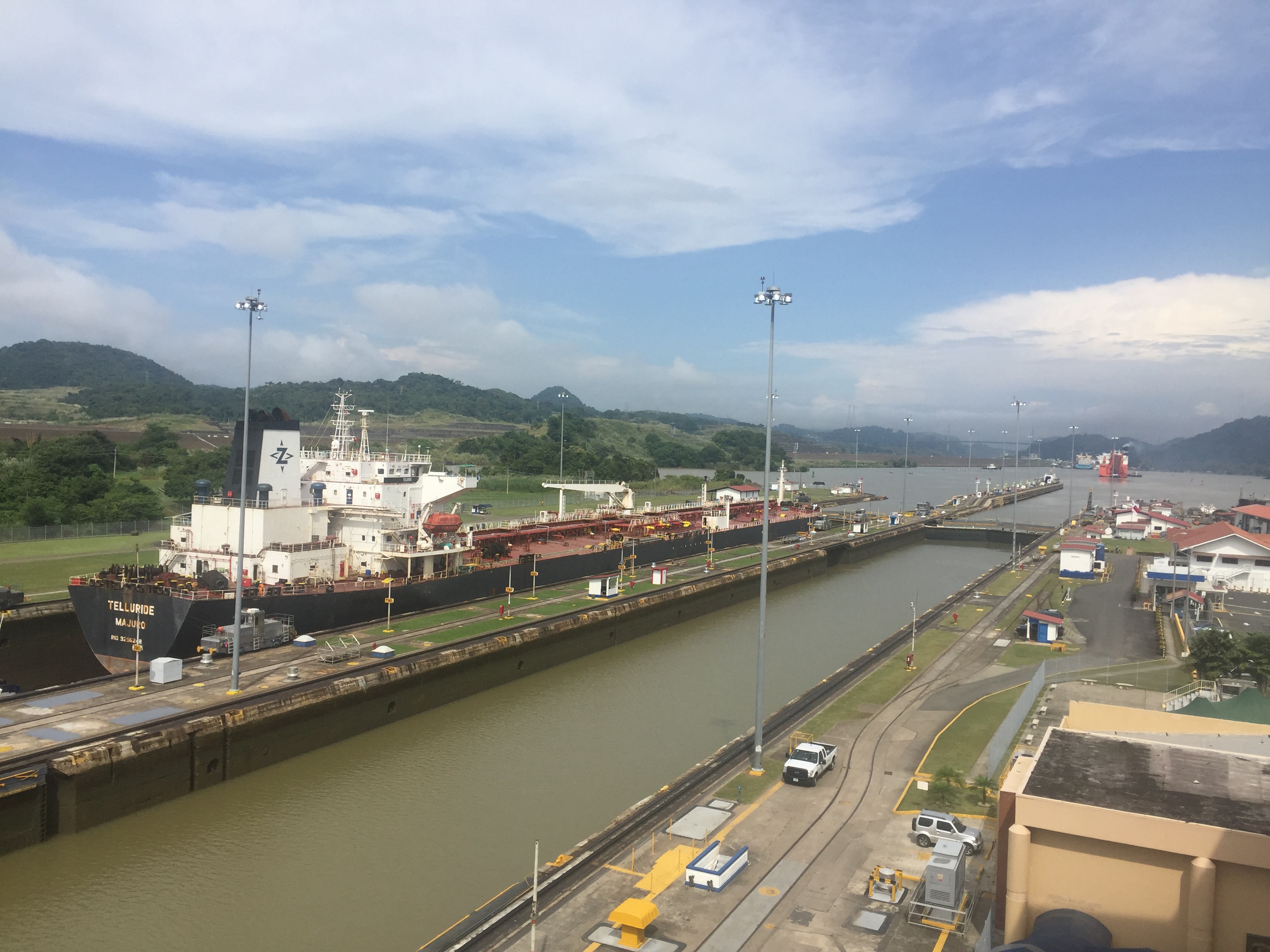