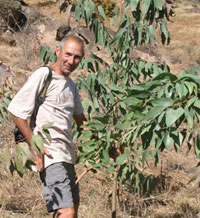 Born in Marseille, Gilles spent 20 years between the French coast and the Alps on the sea, rivers and mountains with incursions in the Dolomites, Chamonix and Zermatt. He claims this made him ‘hooked on travelling, its mysteries, beauties, pains too’. Gilles then spent 5 years travelling around North America (mainly between Yosemite and Big Sur Area), central America, and around Africa. He lived in Comoros for some years then, in 1991, settled in Antananarivo where he still lives with his wife, son and three daughters. As Gilles puts it: “I can feel this land and I know I found what I was looking for!”

Starting from scratch after a rather sudden departure from Comoros, Gilles started a new concept in this country. Outdoors sports were a real alternative to classic tourist development and, combined with eco-tourism, Gilles has found his niche. “Gilles is your man to float any of 13 rivers in Madagascar’s backcountry” Grayson Schaffer, ‘Red Island Revival’, Outside Magazine. January 2005 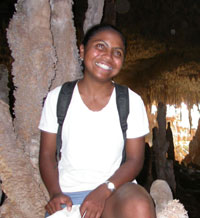 Manantenasoa (or Manantena) is in charge of all the operations. She is responsible for ensuring the itineraries flow, that guides are available, logistics and hotels book.

Based in Antananarivo whe is married and a mother of two girls. She was always fascinated by travels as a child so chose to study tourism. She started working for Gilles in 1999 and trained with them. She did a rafting training course in the Vallee d’Aoste in Italy and is the ONLY girl in Madagascar who is qualified to steer a raft.

Before settling down in the office based jobs, Manantena used to lead long treks in the forest and paddles and openend up several rivers over the 13 years she has worked for Gilles. 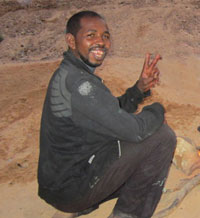 Haingonirina (or Joe as he is known) is one of our main adventure and rafting guides. Joe is responsible for keeping you happy and safe on your trip – whether you are rafting down a river, exploring a National Park or having lunch in town. Joe is most known for his laughter, Joe is never without a smile on his face and his laugh is infectious.

Born in 1984 Joe is married and the father of two children. Orginally from the South of Madagascar, Joe was abandoned by his parents and spent his early childhood growing up on the streets of Tulear & Tana. At the age of 12 he joined a centre for street kids where he learnt many life skills and also managed to get a diploma in ‘Youth Leader and Educator’.

In 2005 he met Gilles who took him under his wing and helped train him up in all of the skills for necessary to become a great guide – including how to lead a rafting team, as well as English and French languages. He has never looked back 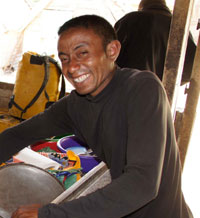 Andry is one of our adventure and rafting guides. He is equally at home trekking, rafting or kayaking. Andry is responsible for keeping you happy and safe on your trip – whether you are rafting down a river, exploring a National Park or having lunch in town.

Born in 1976 Andry is married and the father of 2 children. Born in Antisirabe he went to first school there before continuing high school in Tulear where he also studied to become a music studio engineer.

He spent 5 years as a saphire prospector before starting work for Gilles. He has since assisted with many different expeditions and particuarly loves the adventurous treks and rafting expeditions. 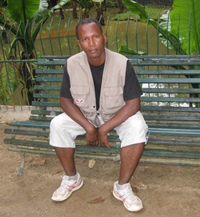 Jenita, has studied  Geography at the University of Antananarivo and learned English at National English Teaching Center of Madagascar (CNELA).

Authorized Guide by the Malagasy Government as well as by Madagascar National Parks , Jenita is a Naturalist Tour Guide who has been in tourism and guiding since 2006. 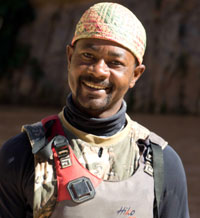 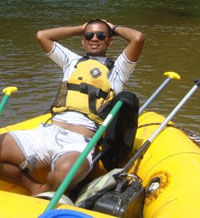 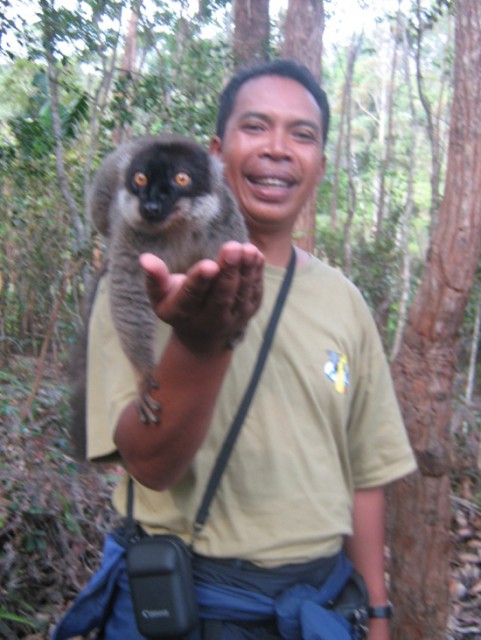 Sign up for our newsletter Brochure
0
Connecting
Please wait...
Send a message