Here Are Some Facts About These Amazing Animals:

Orangutans are the slowest breeding of all primates. Females five birth to one infant at a time and won’t have another child until the first is around seven years old. This is the longest inter-birth interval known in the animal kingdom and it enables the mother to give full attention to her offspring as it learns the skills needed to survive on its own.

IT’S GETTING LOUD IN HERE

Orangutans inflate their throat pouch to make a loud call that carries across the forest. Generally only the larger cheek-padded males make this call which is thought to attract females and informs other potential rival adult males to get out of the way.

Primarily frugivorous, orangutans have an important role as seed dispersers in the rainforest. Their diet also includes flowers, leaves and palms, termites, ants and other invertebrates, and fungi.

Orangutans live most of their lives high up in the tree canopy and their bodies are perfectly evolved for this, they are the largest arboreal mammal in the world. They move, feed and sleep up in the trees and move around by what is called “quadramanous clambering” using all four “hands” (their feet are just like hands). They are up to 6 times stronger than humans. 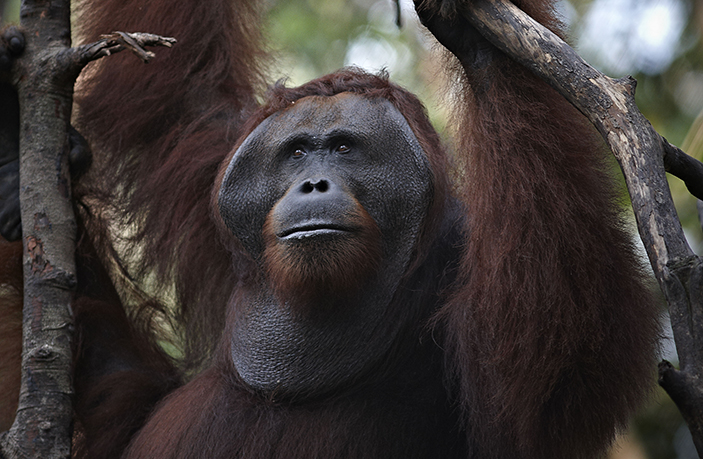 May Trip to Kalimantan
0
Connecting
Please wait...
Send a message